I’ve been wanting to make Clicky take advantage of larger screens for a long time but there were a lot of challenges involved beyond just changing the width of the site container. (I know that sounds pretty lame but just trust me).

But after last week’s release of our new Segments feature, it was clear this needed to be the next major project. Segments are great, but they take up a lot of horizontal space which really crippled a few reports. For example, the Links (referrers) report:

[Note: Click any of these screenshots to see a full sized version] 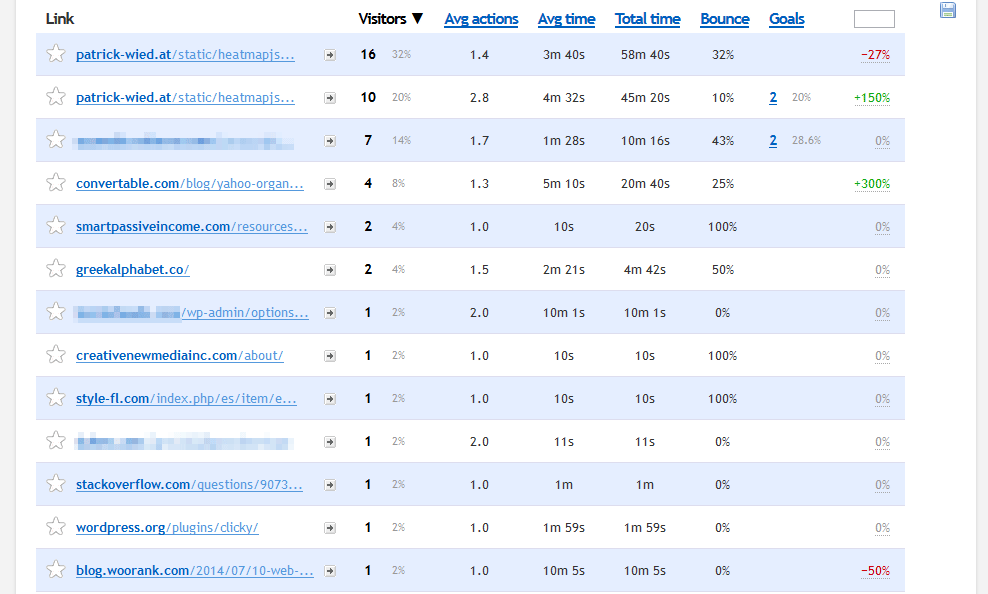 That just killed me, having every referrer be basically unreadable beyond the domain name. Well, here’s what that report looks like now:

Here’s a summary of what’s changed:

Here’s a few screenshots comparing the old Spy to the new one. Click any of them to see full size! 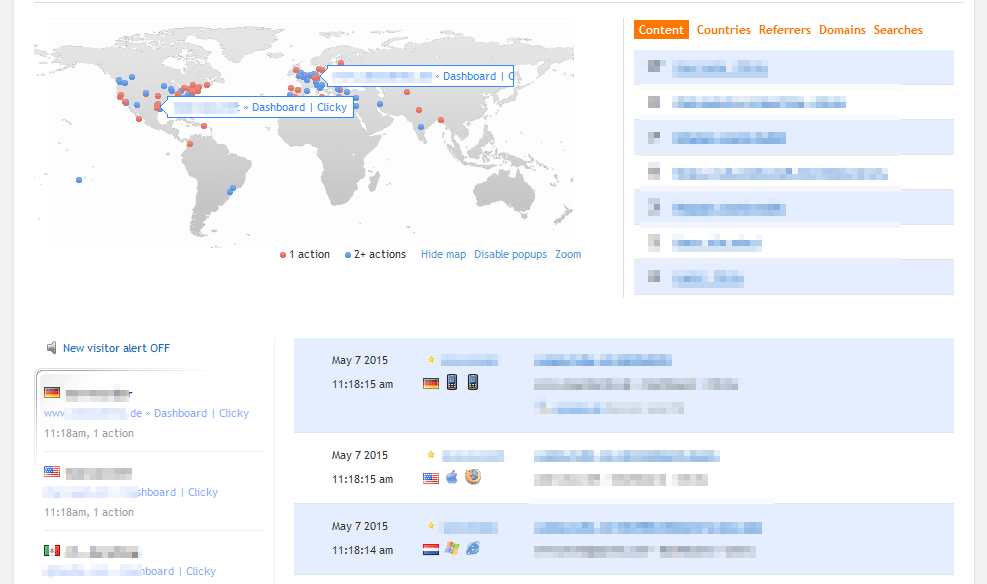 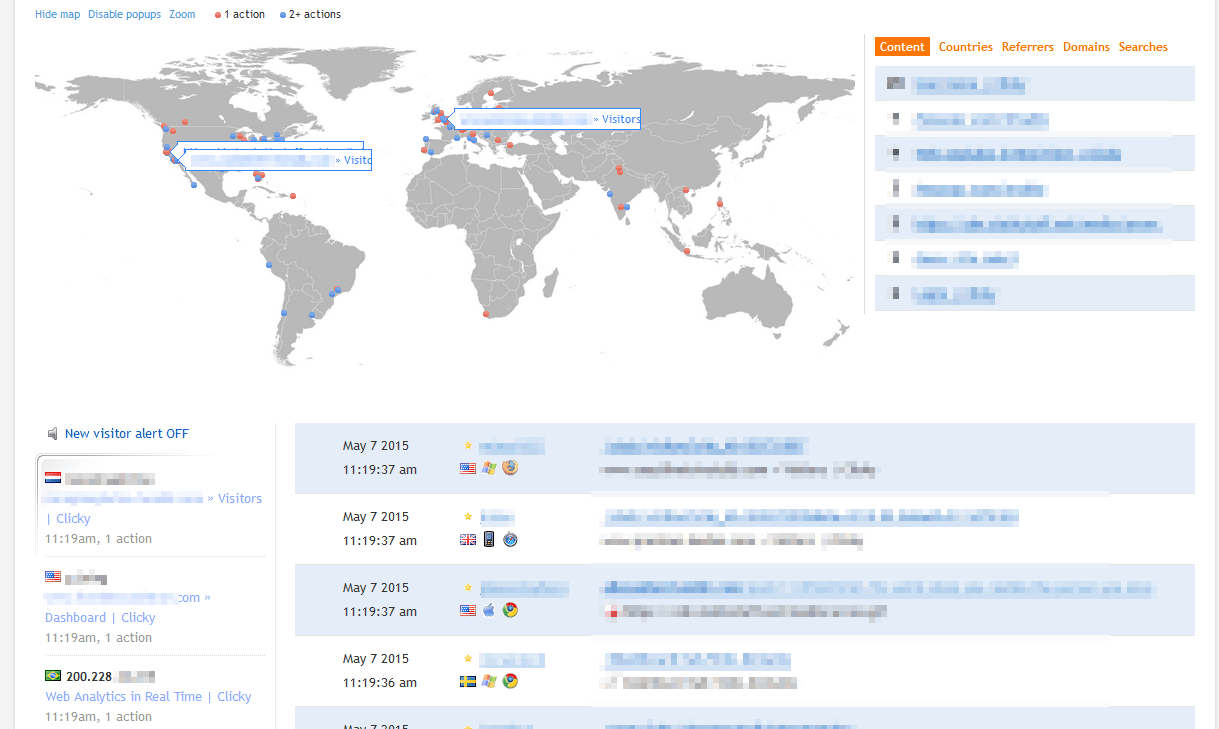 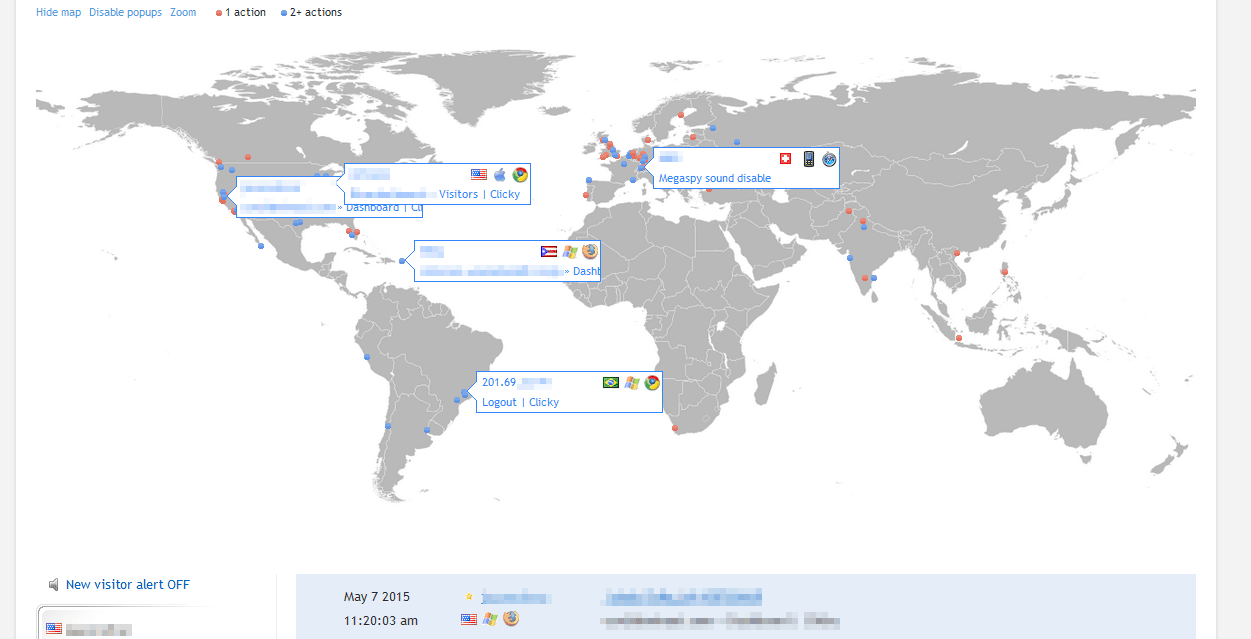 This was heavily tested with all 5 of the major browsers, and everything is cool, including all the way back to IE7. However there are bound to be a few bugs so please let us know if you experience any layout issues. Screenshots and details of your OS/browser version are of course appreciated.