The last 6 months, we have been extraordinarily busy with a major infrastructure upgrade that will make Clicky much faster and more resilient. This is by far the most major backend upgrade in our (almost) 10 year history. A lot of planning and testing has gone into this and we’re excited to finally be under way with the database aspect. Our load balancers have already been on the new infrastructure for a month now, and web and tracking servers will follow up after the databases are done.

The database maintenance in late April was in prep for this migration, to make it as fast as possible. This weekend we will be doing 8 database servers – 6, 22, 28, 29, and 59-62. And each weekend thereafter we plan to do at least 20 more. We have 85 total database servers at the moment so we should be done or at least very close to it by the end of June.

Time-wise, migrations are similar to the database maintenance we do a few times a year. Most servers will be in the 4-10 hour range, but some of the bigger/oldest ones will take as long as 24 hours. As well, traffic processing unfortunately has to be halted during the migration. But these new servers scream and will catch back up to real time in no time at all once the migration is done.

We have gone out of our way to make this process as transparent as possible. When a db server is migrating, your affected sites’ dashboards will show a message like this:

The message shows the time the migration started, and an ETA for when it will be done (both in your local timezone), based upon how many rows/second we know these go on average and how many rows total there are to migrate.

Once a server has been migrated, reports should load much faster than before. We are planning to increase the filtering/segmentation limits as well once this is all done, as those should have much less of an impact on real time processing.

We’re also excited to be done with this because it means we can get back to the software side of things, which is our real passion.

Hope everyone has an amazing summer! 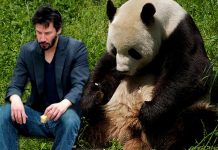